It’s hard to believe that January has already gone by. It seems just last week that we were all celebrating finally having 2020 vision. At the same time, January has felt like 90 days longer than usual. In this always online world that we live in, it’s really easy to constantly get caught up on what’s coming next. These monthly updates will serve as a chance for us to stop, take a breath, and reflect on everything RUNE II that our team has accomplished in the past month.

Yesterday, January 30, we released our first Quality of Life patch. We will continue to patch and improve Rune II. While meant to address top critical issues that we’ve seen, we also wanted to resolve as many pain points as possible. Specifically:

Two of the top pain points that we have seen from players trying to beat RUNE II’s campaign are that there’s no reason to fight Loki since he drops the same things every time, and that fire giants are too hard to find in Midgard. With yesterday’s patch, we have updated Loki’s loot pool from 4 items to 19 items, including Fire Giant Blood, Gold Ore, Allmetal, and more.

Our small team was able to accomplish more in January then we originally expected. We are carefully and methodically bringing on additional team members as we work to build our vision for what we want RUNE II to become. We want to make sure that this vision aligns with what the community and fans want RUNE II to become, as well. 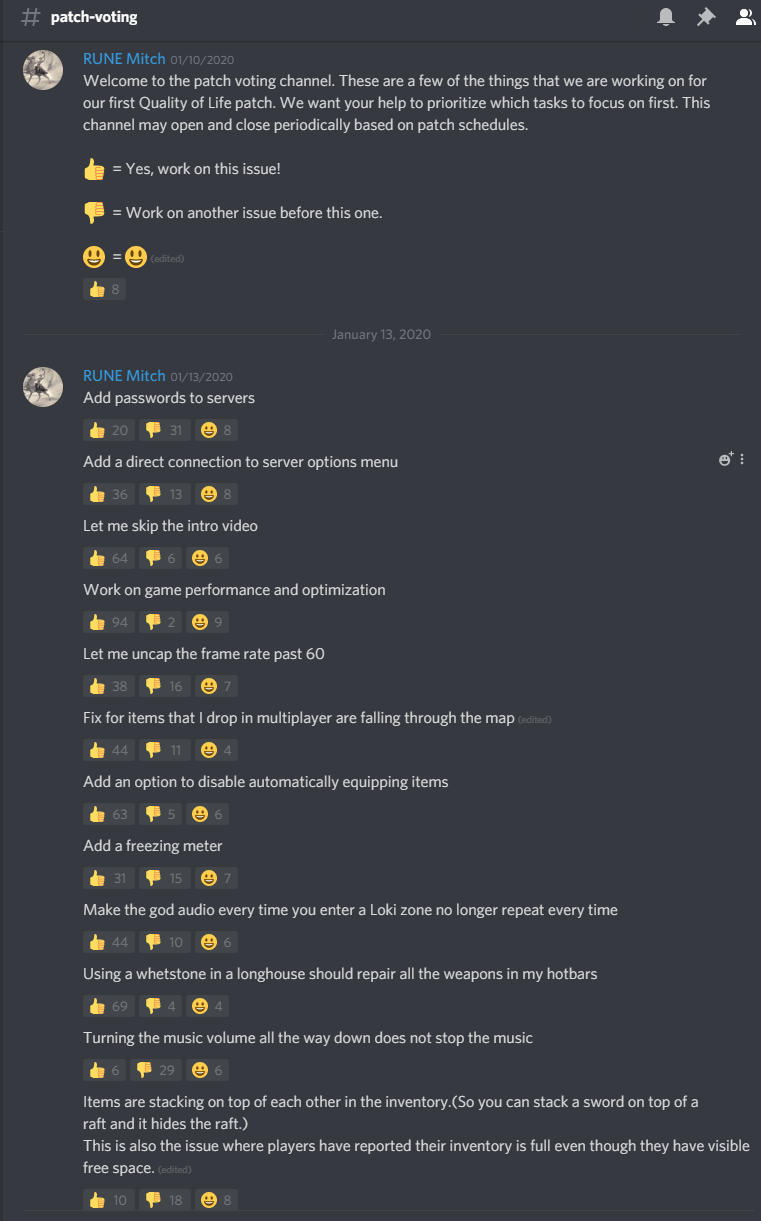 Earlier this month, we let the community decide what items we need to be working on in what order for our first Quality of Life patch to update RUNE II. We’re very pleased with how the RUNE II community helped us prioritize what items to work on first, and we will be continuing to use this method in the future.

In case you haven’t seen them yet, make sure you check out the full patch notes here: /topic/rune-ii-update-jan-30-2020/. Our small but mighty team is watching feedback closely, so please make your voice heard on how you feel about these changes on our social channels, forums, or official Discord!

As we head into February, we’re looking to resolve more pain points, address top community feedback, and talk further about the bright future that RUNE II has ahead of it.

Thank you for your continued support on RUNE II.